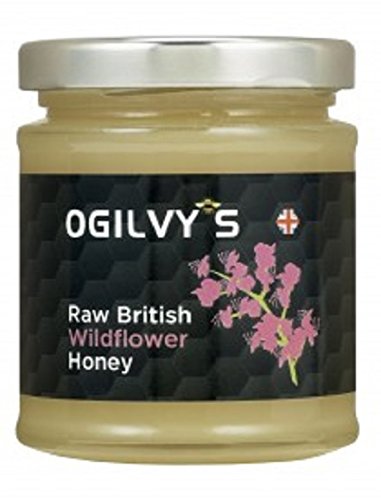 From gardens and hedgerows in the heart of England, Ogilvy's bring you a light refreshing poly-floral honey collected from the blossom of chestnut and lime trees and a variety of wild flowers, hedgerows and English gardens. A delicate floral tasting honey with a light fruity taste which works well as a breakfast honey and is delicious spread on hot buttered toast. Wildflower honey is also a good choice for desserts. Mild in Strength 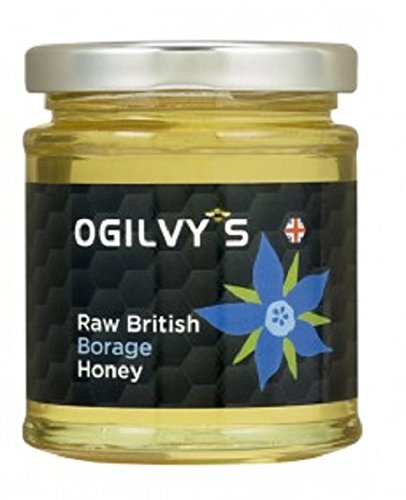 From Warwickshire in the Heart of England, Ogilvy's bring you a very distinctive clear, sweet and aromatic honey. The nectar is collected from the edible blue star-shaped borage flowers. Borage is a versatile and good general honey with a mild flavour. It is ideal for sweet and savoury dishes, delicious in a citrus marinade with fish and grilled cheese and a great accompaniment to summer berries and pancakes. Mild in Strength 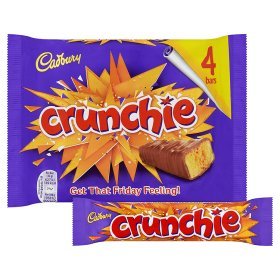 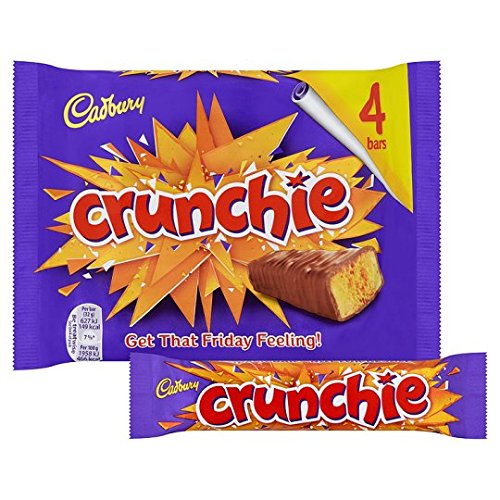 Milk chocolate with golden honeycombed centre. By Appointment to H.M. The Queen Cocoa and Chocolate Manufacturers Cadbury UK Ltd., Bournville. A golden honeycombed centre surrounded by delicious Cadbury milk chocolate Launched way back in 1929, Crunchie is a Cadbury classic. Get that Friday Feeling! Each pack contains bars, ideal for an afternoon treat and for that sweet chocolate escape at work, home or on the go. 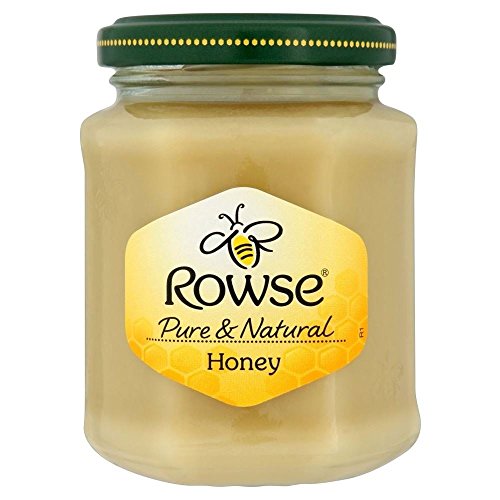 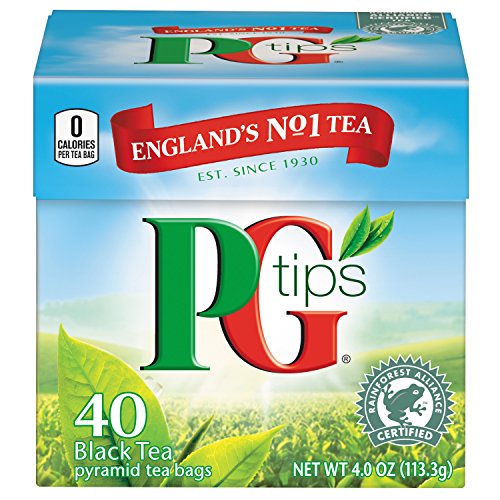 PG Tips Black Tea Pyramid Tea Bags feature a popular British blend of the finest Assam, Ceylon and Kenyan teas, which produces a rich and refreshing flavor. The PG Tips pyramid tea bag works like a miniature tea pot, it gives the tea leaves more room to move around than a flat conventional tea bag. This allows for all the freshness to be released for the best-tasting cup of PG Tips Black Tea. About PG Tips. Arthur Brooke founded the company Brooke, Bond & Co in 1869 and in the same year opened his first shop in Manchester, UK. There was never a Mr Bond- he just felt that the name sounded right! Arthur Brooke developed his own quality blends, mixing together various estate teas. This ensured a more consistent quality because, as with any crop, the characteristics of a consignment can vary according to climate, time of year and general growing conditions. In 1930, PG Tips was launched in the UK as a loose leaf tea in soft packs. It was originally called ‘Pre-Gest-Tee’ but was soon abbreviated by grocers and van salesmen to PG. The company adopted this as the official name and added ‘tips’ to highlight that PG Tips takes only the top two leaves and a bud to make its tea. 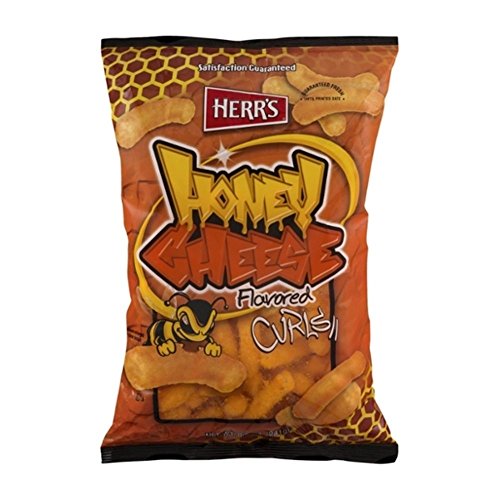 What's all the buzz about Herr's® honey cheese curls? It seems people who try this phenomenal flavor combination, get all stung with excitement, hey, why bee left only join, the swarm of cheese curl lovers who have discovered how much fun it is when you make Herr's® yours. 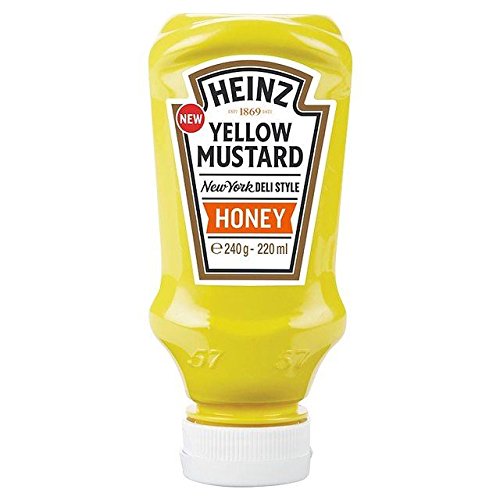 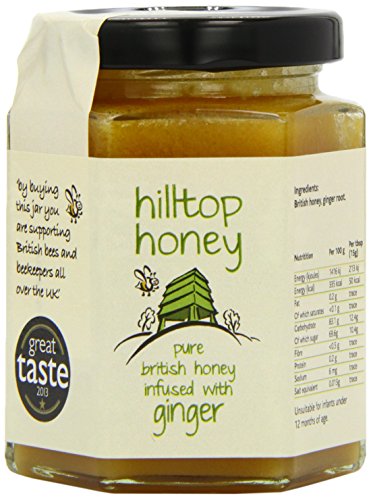 Customers enthuse about it in porridge, rhubarb crumble, Asian style cooking, drizzled over ice cream or yoghurt and is wonderful as an extra warming sweetener in a hot toddy. Melon has an extra dimension when ginger honey is spooned over it and is fabulous when spread generously on toast or crumpets. Ginger honey tastes great as an aromatic addition to herbal teasâ€¦ In fact, some people eat it straight from the jar it tastes so good!

The classic American snacks. 95 years of making enjoyable family snacks. Built from the ground up, Wise is an honest, family-focused business that is committed to making real snacks for real people. Wise snacks are made to enjoy with friends and family - wherever life takes them.

The M3 Stuart Light Tank is the first American-made tank supplied to the British Army under the lend-lease programme. Compared with earlier British-designed tanks, it is much less prone to breaking down—so reliable that its drivers call it a ‘Honey’. In this video Aaron shows you how they're asse...

Alan and his daughter Robyn are new to the world of beekeeping but they have learnt a lot about the bees, and from the bees! Watch their story and get to see them harvesting different flavours of honey from their garden in the UK. This is our first Meet the Beekeeper episode from the new season ...

Wild British bees could save the European Honey bee!

Native British bees need to breed with less robust European honey bee queens to make the hive genetically stronger. Imported honey bees from mainland Europe are thought to have diluted the genetic make-up of the British bee, rendering it less well adapted to the climate and environment. Scientist...