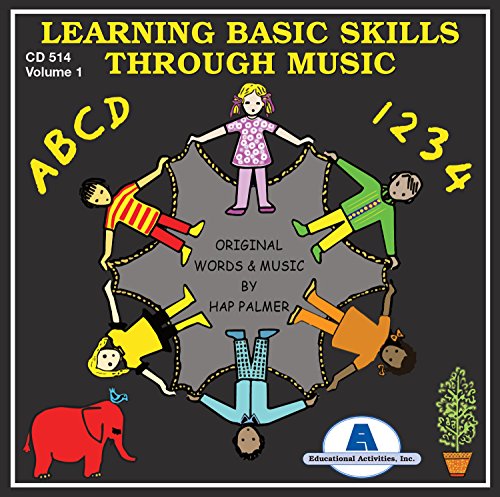 Everybody's Favorite! Numbers, colors, the alphabet, and body awareness are all presented in a happy, rhythmic teaching program that pre-school, slow learners, and early primary children from all backgrounds can participate in immediately. 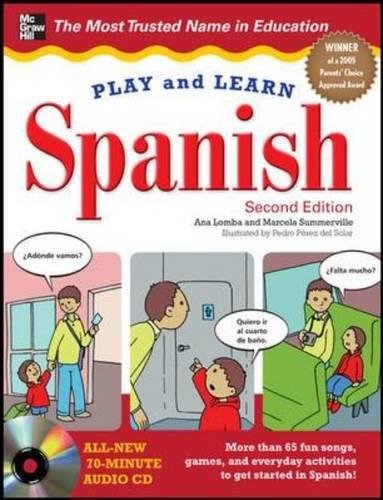 Choose the children's language course trusted by other moms and dads. The Parents’ Choice award winning-language program will get your child speaking Spanish while having fun! Introduce your child, age 1-7, to a new language with this easy-to-follow, fun learning program. From taking a bath to going shopping, Play and Learn Spanish turns your everyday routines into enjoyable language-learning activities for you and your child! This unique course features: Fun songs, games, and activities Key word illustrations An audio CD that includes all the songs, games, and expressions in the course Engaging comic strips Sidebars with fun cultural information English translations for all activities Give your child the gift of a second language while enjoying your time together. Play and Learn Spanish gives you the resources to make that happen. 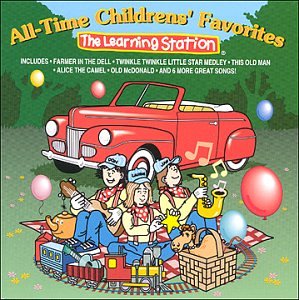 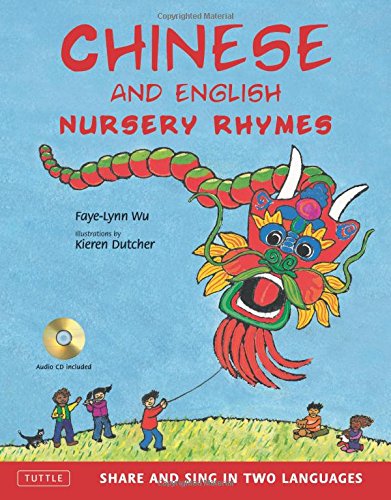 This lovely multicultural children's book teaches classic fairy tales in both English and Mandarin Chinese. As Mother Goose has known for centuries, rhyme and rhythm are fun! And what could be a more enjoyable way for children and their parents to learn about different cultures and languages than through familiar rhymes and songs?In Chinese and English Nursery Rhymes, an innovative collection of favorite rhymes are put in pairs—one from China and the next in English—to show how the things that kids love are the same, no matter where in the world they live. Whether your native language is English or Chinese, you can learn the rhymes along with your children. Just follow the words on the page, or play the CD and sing along! Nursery rhymes and songs include: Muffin Man Happy Birthday to You I See the Moon As I Was Going Along Hickory Dickory Dock I Love Little Pussy And many more… 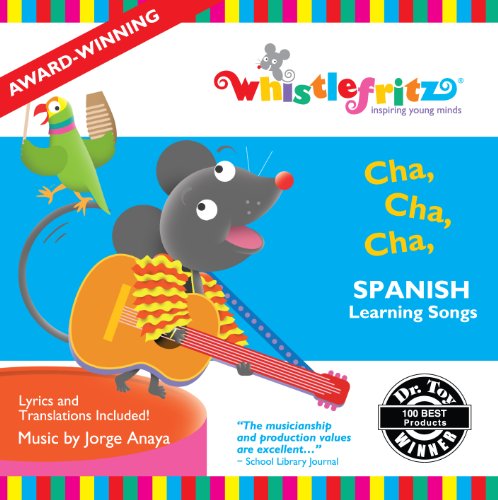 One of the Best 10 Audio-Visual Products of 2010 and one of the Best 100 Children's Products of 2010 (Dr. Toy). One of the 50 Best Products of 2010 (The Toyman Online). Winner of an iParenting Media 2010 Greatest Products award. Recommended by the Parents' Choice Foundation. Winner of a Mr.Dad.com Seal of Approval. Merengue! Rumba! Bachata! Get ready to cantar (sing), bailar (dance), and aprender (learn) Spanish with Cha, Cha, Cha, a colorful collection of Spanish songs for children. Performed by award-winning singer and songwriter Jorge Anaya, this CD is a delightful mix of lively Latin rhythms that children will love - and parents will too! Samba to Las Vocales (The Vowels), cha cha to Los Números (The Numbers), and polka to Que Llueva. Cha, Cha, Cha makes learning Spanish exhilirating, educational, and fun!Cha, Cha, Cha is a fun, festive introduction to Spanish vocabulary. Dance and sing while learning the letters of the alphabet, numbers, parts of the body, articles of clothing and more. The upbeat songs inspire kids to get on their feet, clap, jump and move. Lyrics and a translation guide are included, providing an easy reference for parents and teachers who are first-time learners of Spanish.Fun for all ages! 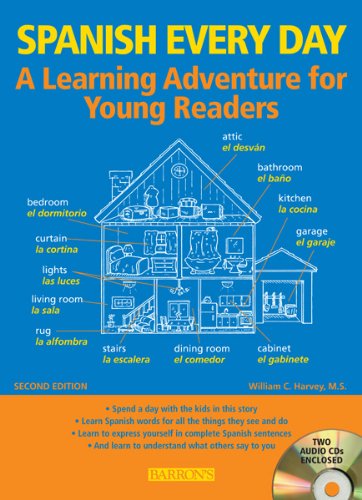 Spanish Every Day with Audio CDs: A Learning Adventure for Young Readers

Spanish Every Day with Audio CDs: A Learning Adventure for Young Readers

This informal text, accompanied by more than 400 cartoon-style illustrations, is designed to teach the basics of practical conversational Spanish to all family members, with special focus on instructing younger children. The book recounts a typical day in children's lives, starting as they wake up in the morning and concluding at their bedtime. The illustrations on every page reinforce vocabulary retention and clarify word meanings. Boys and girls pick up new words, phrases, and language skills as they follow a day's events, starting in their bedrooms (toys, clothing, numbers) and moving through the house (names of family members, rooms, furniture). In the kitchen they learn Spanish words for appliances and food. Once outside, they walk along the street and pick up words for workers, cars, trucks, buses, and more. At school they learn Spanish words for objects in the playground and inside the classroom. Back home again and ready for dinner, they learn more Spanish words until bedtime. This new second edition includes expanded vocabulary and replaces the first edition's 90-minute audiocassette with two enclosed audio CDs. The compact discs complement the book's story line and familiarize kids with the sound of spoken Spanish in conversational settings. Here is a handy language pro... 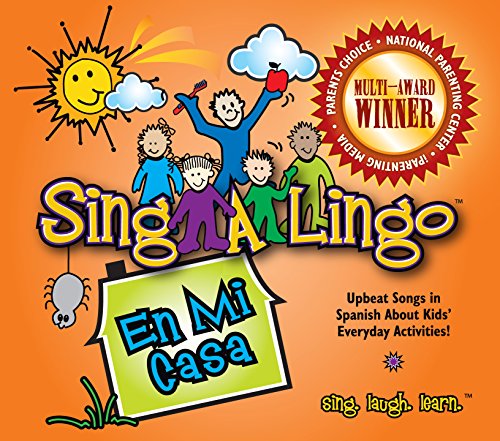 This CD has 17 songs, all sung in Spanish, that are suitable for teaching Spanish to children, from Infants & Toddlers to Middle-school ages. 14 songs are original pop-style compositions by Heide "Piña" Madera, a US-born Mom and seasoned educator, who learned Spanish as a child from her Mexican mother. The remaining 3 songs: Señor Sol (Mister Sun), La Araña Pequeña (Itsy-Bitsy Spider), and Mono Chico (Monkeys on the Bed) add some familiar flavor to the disc. 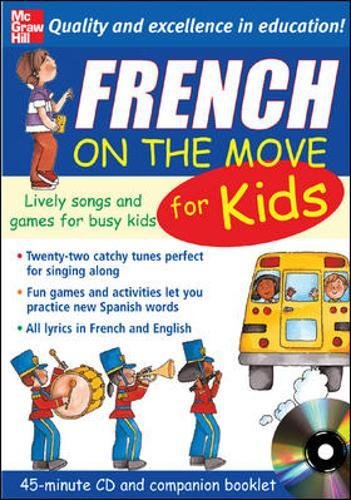 A fun, natural way for kids to take their first steps in a second language A fun way to introduce kids ages three to eight to a second language, the On the Move series takes full advantage of kids’ natural talent for learning through song. Songs about an array of topics that matter to kids―including counting, family, holidays, school, animals, the weather, colors, and more―feature lyrics specially developed for easy comprehension and catchy melodies that make singing along irresistible. And the convenient CD format makes it easy for kids to have some fun with language whenever and wherever the spirit moves them. Each package contains: 22 catchy tunes that entertain kids while exposing them to the basics Language games and activities that let kids show off what they’ve learned A warm, friendly narration that guides listeners to key words and phrases and reinforces important vocabulary An illustrated booklet with complete bilingual lyrics 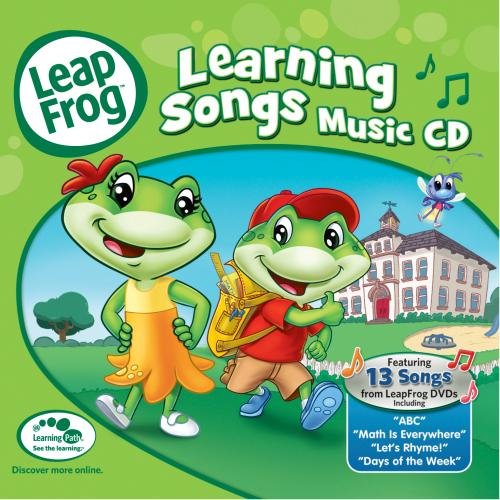 Sing, dance, and learn with these 13 delightful songs from the LeapFrog DVDs available for the first time in a music CD! LeapFrog Learning Songs include 'ABC,' 'Math is Everywhere,' 'Let's Rhyme,' 'Days of the Week,' and more!When sold by Amazon.com, this product will be manufactured on demand using CD-R recordable media. Amazon.com's standard return policy will apply. 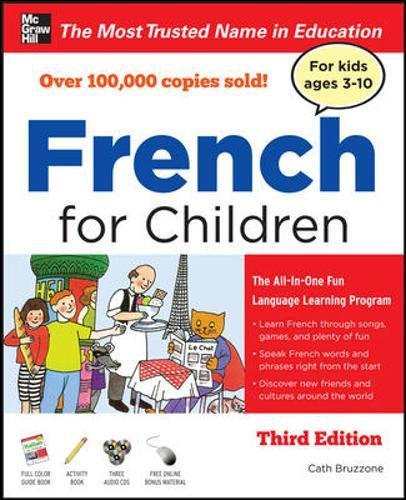 Yes, learning French can be fun for your child! Developed by language-learning expert Catherine Bruzzone, the French for Children program is a fun and effective way for your child to learn the French language and culture. This introduction gets your son or daughter speaking French right from the very beginning and keeps him or her engaged with a wide range of activities and games that keep language-learning fun.A complete program, this package features: A full-color illustrated guidebook that features cartoons, characters, and fun facts Three audio CDs that guide your child through the course and teach language through a combination of French-language songs, games, and activities An activity book filled with interactive puzzles and games that reinforce new language skills Advice for you on helping your kid get the most out of thelanguage-learning experience Free print and audio downloads Topics include: Saying hello, Saying "yes" and "no", Saying where places are, Talking about family, Around the house, Saying what you like to do, Describing things, At the zoo, At a picnic, Happy Birthday!

Hii Kids!! We love our families. Let's sing about it! This song was written from the heart to share our love to our families. It's got a nice melody and also happens to be a pretty good learning song for EFL/ESL learners. In addition to the concept of love and family, vocabulary includes: - mo...

Hi Kids! Watch this kids songs collection live stream by farmees! We hope you enjoy watching this cartoon for children as much as the farmees team did making it for you! 🌈 Share this video: https://www.youtube.com/my_live_events?action_create_live_event=1 🌈 Subscribe for free now to get notifie...