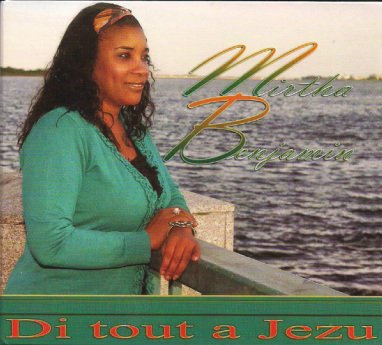 Di Tout a Jezu is an amazing praise and worship album from start to finish... Moving songs of worship, consecration, and praise from the heart of the artist will intensify your faith in the Almighty God, in our Lord and Savior Jesus Christ, and in the Holy Spirit our intercessor. The disc is made up of a mixture of 11 songs (7 in Creole, 1 in French and 3 in English) songs that will inspire you with every word, every rhyme, and every melody. 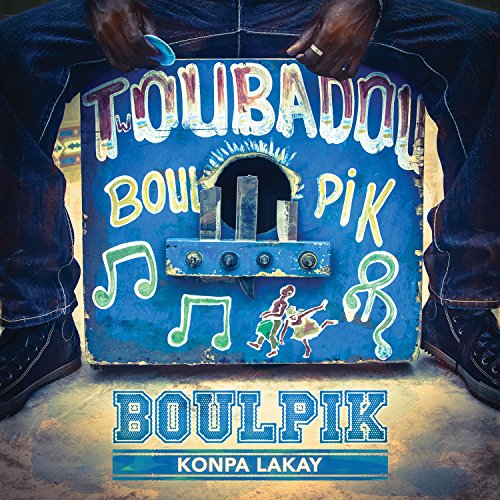 Franckel Sifranc and his fellow musicians in Boulpik are seekers of life. Nothing particularly extraordinary has happened in their careers. In fact, their past is very like that of millions of other Haitians - except that they have a gift for music.Experience their musical gift ''Konpa Lakay''! 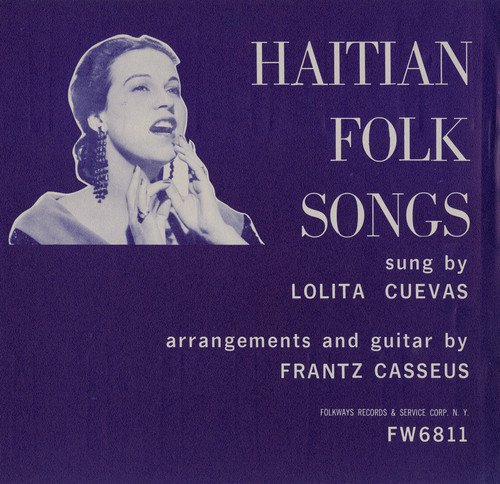 Puerto Rican-born, Haitian-bred vocalist Lolita Cuevas and Haitian guitarist and composer Frantz Casseus lyrically come together in rendering some of the most beautiful folk songs of Haiti. Arranged by Casseus, these songs are presented as lullabies and méringue de salon, a slow and stately dance of Haiti's past (which evolved into the faster méringue). 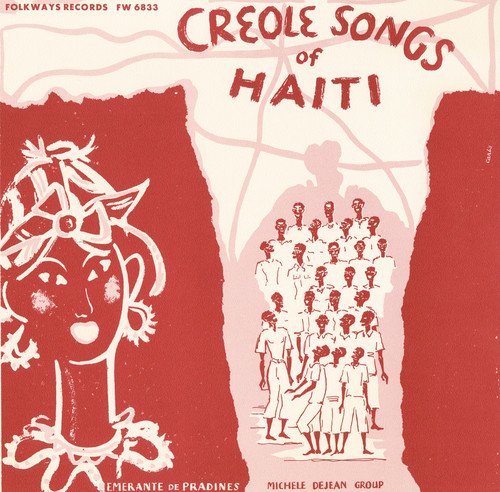 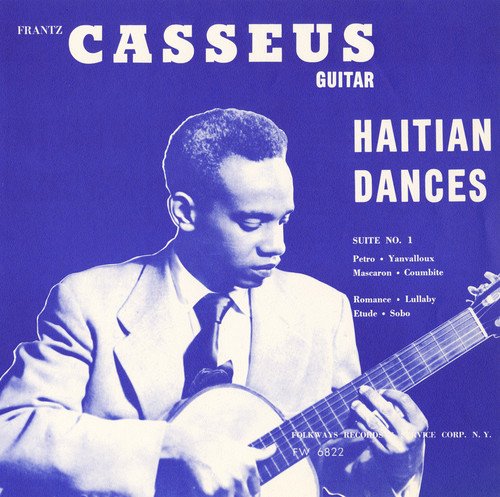 Haitian guitarist and composer Frantz Casseus charged himself with the mission of building a repertoire for guitar blending Haitian folk music and European classical music, much as Villa Lobos had done for music in Brazil. The result, while largely overlooked, is as tantalizing as flamenco and possesses an unparalleled lyrical beauty. 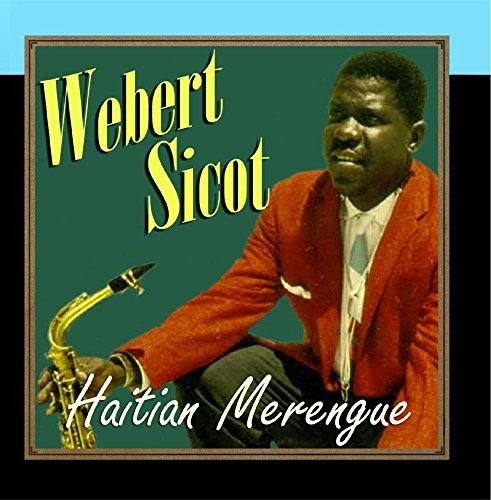 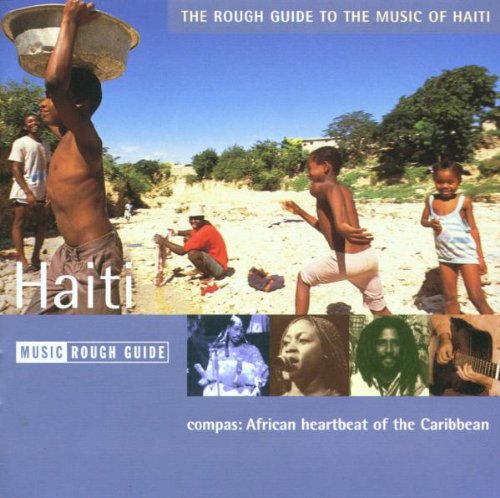 Rough Guide to the Music of Haiti

Rough Guide to the Music of Haiti

You couldn't wish for a better musical guide to strife-torn tropical places than Andy Kershaw, and his new compilation The Rough Guide to the Music of Haiti hits the bull's-eye. Indeed, one of the nicest tracks comes not from some other album, but from the recording Kershaw made with his BBC producer Roger Short--a sweetly down-home number recorded at the house of pintsized twoubadou singer Ti Coca. There might not be authentic voodoo music on this disc--for that you need a copy of Angels in the Mirror--and the late, great Haitian diva Toto Bissainthe is sadly absent, but what you do find here is marvelous. Compas is the name of Haiti's most characteristic sound, and it's represented on this album by a variety of different combos, including the shadowy DP Express. Also featured is the convivial warmth of Coupé Cloué, the high-pressure rap of Masters of Haiti, and the Cuban-influenced Haitiando and Orchestre Tropicana. Most interesting are the plunges into the past with Nemours Jean-Baptiste and Lebanese bandleader Issa el Saieh. The whole point about this politically blighted but musically blessed island is that its music comes at you from many angles, not only from Cuba but from the Congo, Dominica, Brooklyn, and punk U.K., and that it all gets whipped up into the most exhilar... 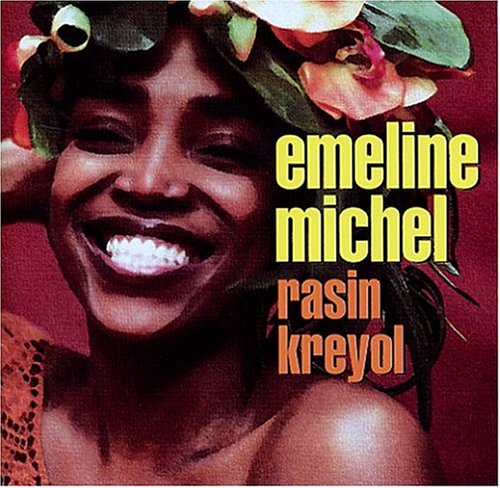 Here on Rasin Kreyol (which translates as "Creole Roots"), reigning queen of Haitian song Emeline Michel covers a lot of ground, writing songs that draw upon Haitan compas, twoubadou and rara as well as jazz, rock, pop, bossa nova and samba. Whichever direction the singer goes, her voice is clear and forceful as she dramatically imparts her political lyrics in Haitian Creole and French, offering up messages about AIDS, social justice and peace. She does this skill and class: Michel repeats the line "Tell me, where is peace?" to chilling effect on "Mon Rêve," where she's joined by background singers, flute and voodoo hand drums. At the other end of the spectrum, "Ban'm La Jwa" is uplifting with its driving calypso-jazz grooves. While the singer has released a handful of albums as imports over a 15-year career, Rasin Kreyol, her Times Square records debut, is a standout that should help U.S. audiences catch up with the French speaking world that already adores her. -- Tad Hendrickson 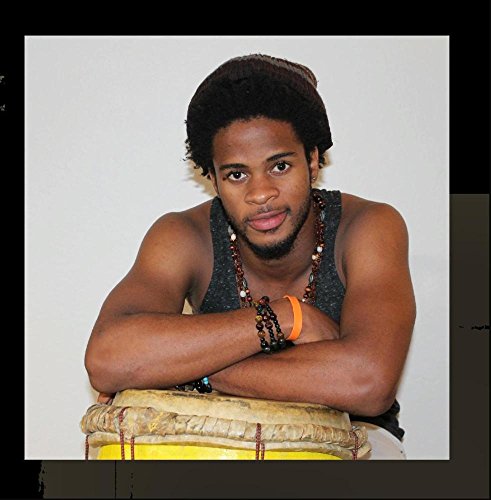 This "racine" or Haitian roots band's fourth LP "Revolution," kicks off with "Sevelen/Sukiyaki (No More Excuses for the War)"--a searing and wildly imaginative reconception of the classic Japanese ditty--and runs on high octane through all 13 tracks. Recorded in Fugee Wyclef Jean's New Jersey studio and mixed in Brooklyn, it is Boukman's finest yet: equal parts temple devotion, dance floor frenzy, and frontline resolve. The music roils with Haiti's centuries- old turmoil balanced by a staunch faith that better must come. This is the best yet from a world music favorite known for blending excitement (hypnotic chanting, pounding drums, "Lolo" Beabrun's impassioned wails) with Western pop forms (blistering guitar raves and jangly keyboard riffs). --Elena Oumano