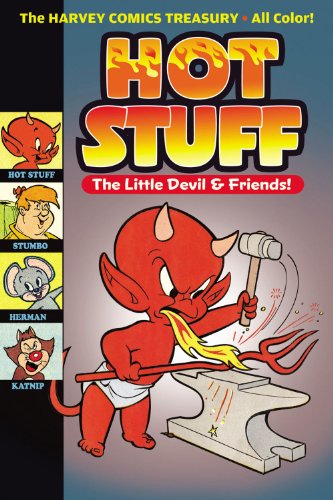 Look out, it's Hot Stuff! Following on the heels of the fabulously successful five-volume Harvey Comics Classics, Dark Horse is proud to present this new series of books, each containing two hundred pages of stunning, full color reprints from the golden years of Harvey Comics! Hot Stuff, the irascible little devil with a heart of gold, joins his friends Stumbo the Giant, and Herman and Katnip in some of the best-loved classic kid comics of all time! Harvey Comics, one of the most successful of the children's comics publishers, created a veritable who's-who of comic stars, such as Hot Stuff, the little devil; Casper, the ghost who only wants to make friends; and Richie Rich, the boy whose piggy bank is worth more than all the banks in the Cayman Islands combined! These Harvey characters and many others, including Little Dot, Little Audrey, Baby Huey, Herman & Katnip, Stumbo the giant, Wendy the Good Little Witch, and Spooky the Tuff Little Ghost, are all part of the legacy of Harvey Comics. And now, you can enjoy these great comics all over again! 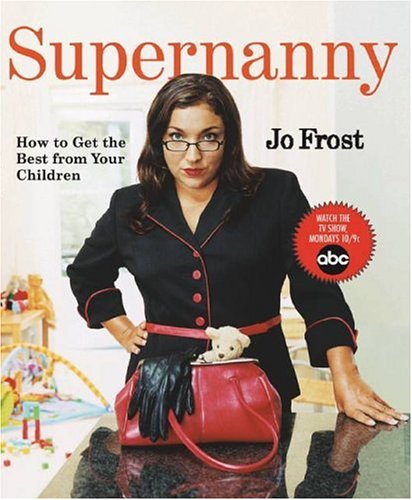 Supernanny: How to Get the Best From Your Children

Supernanny: How to Get the Best From Your Children 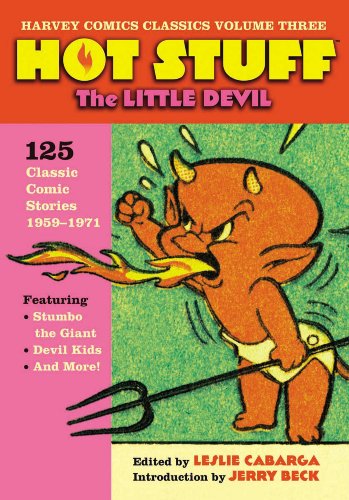 Who's the hot-headed little devil with a tail as pointed as his personality? It's Hot Stuff! This adorably mischievous imp has delighted comics fans since the 1950s, and now Dark Horse is proud to present a new collection of over 100 of the funniest (and hottest!) classic Harvey Comics cartoons featuring Hot Stuff and his pals. Harvey Comics Classics Volume 3: Hot Stuff brings back the beautifully imaginative artwork, inspired humor, and long-out-of-print stories featuring the adventures of the sprightly little demon, his pals the Devil Kids, Stumbo the Giant, and other timeless favorites. 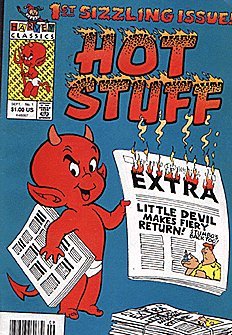 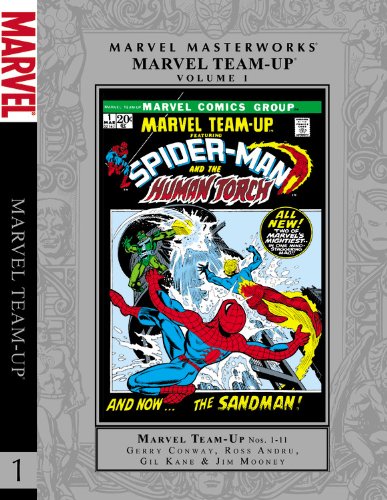 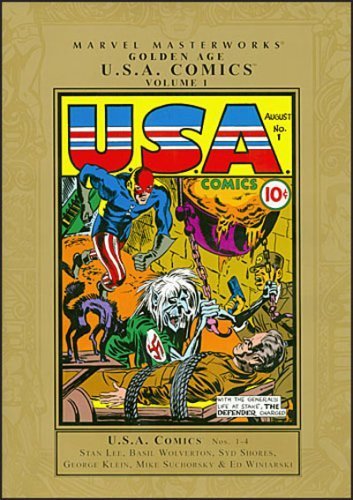 Marvel proudly presents more Golden Age goodness, collecting issues #1-4 of USA COMICS from 1941. The Defender! Major Liberty! Rockman! Rusty! The original Young Avenger! The origins of the Whizzer, Jack Frost and the Vagabond! Captain Terror turns back a deadly Nazi undersea invasion! Stan “The Man” himself chronicles the historic first meeting of the USA heroes! This hardcover collection remasters and restores these early adventures, some reprinted for the very first time! 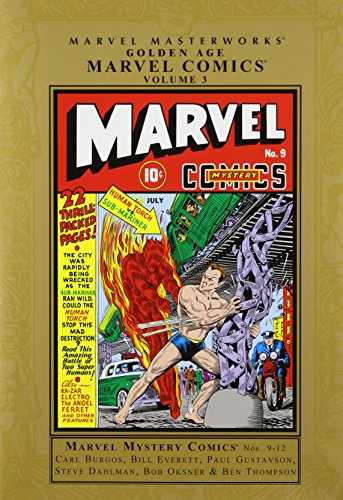 Written by JOHN COMPTON, STOCKBRIDGE WINSLOW, RAY GILL & VARIOUS Penciled by CARL BURGOS, BILL EVERETT, PAUL GUSTAVSON, STEVE DAHLMAN, BEN THOMPSON, AL ANDERS, IRWIN HASEN & BOB OSKNER Cover by ALEX SCHOMBURG The wait is over, and the stage is set. It's fire vs. water in the most famous battle of comics' Golden Age! Breaking new ground like none other, MARVEL MYSTERY COMICS, the flagship title of Marvel's earliest days, started a craze that defines super-hero comic books to this day. With hero pitted against hero in a fight to the finish, you'd better place those bets and settle into your seats. 'Cause it's the final round of the Human Torch vs. the Sub-Mariner! Headlined by the lavish, manic and truly amazing Sub-Mariner by Bill Everett and the high-flying Human Torch by Carl Burgos, MARVEL MYSTERY COMICS is a bona-fide treasure trove of Golden Age action and adventure. The awesome and idiosyncratic Steve Dahlman brings you Electro, the Marvel of the Age, the monster-stomping robot featured today in THE TWELVE, while Paul Gustavson's Angel woos damsels in distress and battles the undead evils of the subterranean realm, and the jungle adventurer, Ka-Zar the Great, protects the Belgian Congo from the threats of the outside world. Also featuring the wild Western tales of the Masked... 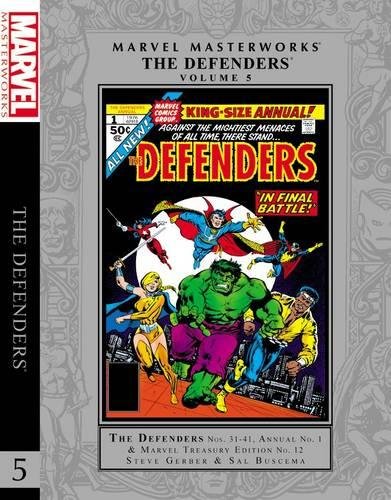 Steve Gerber's Defenders run comes to its revolutionary conclusion in the latest Marvel Masterworks extravaganza! Gerber consistently broke the boundaries of what a superhero comic could be, and his Headmen saga stands as one of the high points in a celebrated career. From the Elf With a Gun to Bambi and the Bozos, Gerber wove together an unlikely cast with a challenging critique of the era's culture. His stories would infl uence a generation of new writers, and with artwork by the stellar team of Sal Buscema and Klaus Janson, Defenders is an indisputable '70s Marvel masterpiece. COLLECTING: DEFENDERS (1972) 31-41, ANNUAL (1976) 1, MARVEL TREASURY EDITION (1974) 12 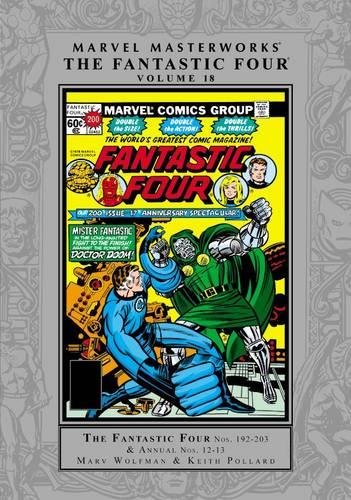 The Fantastic Four have split up! Having gone their separate ways, you might worry that we'll have to come up with a new title for this book, but no, the evil machinations of Doctor Doom will reunite the First Family of Super-Heroes for the FF #200 extravaganza! All Johnny Storm's hot-rod racing, the Thing's demon bashing, Sue's dalliances with Namor and Reed's soul-searching culminate in a massive five-part saga that pits the FF against their nemesis in the series' greatest tradition! Who is Doom's son? How does he have the FF's powers? It's a fight to the finish in Latveria. Also featuring an outer-space adventure with the Inhumans, the return of the Mole Man and Quasimodo the Living Computer!COLLECTING: FANTASTIC FOUR (1961) 192-203, ANNUAL (1963) 12-13

heres my first cgc submission of seven books,what do you think?

This tongue-in-cheek animated short serves as a cautionary tale against the hazards of fire. Early humans were given the gift of fire, but warned against the dangers, warnings that eventually fell by the wayside. In modern society, overloaded electrical sockets, smouldering cigarettes and other d...

Otherwise known as "How Pinkie Pie got her cutie mark!" :D Found this awesome comic on EqD and decided to give it a try~ My first time trying to voice Rarity ... and Princess Celestia. I stink. ; . ; Original comic: http://crimsonbugeye.deviantart.com/art/How-Pinkie-Pie-got-her-cutie-mark-281...