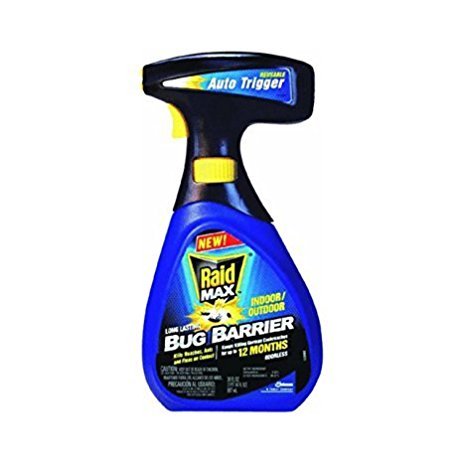 Raid Max Bug Barrier keeps ants, roaches and other listed bugs out of your home. It keeps killing German cockroaches for up to 12 months and can be used both indoors and outdoors. Keep the reusable auto trigger to use with Raid Max Bug Barrier refills.

Raid House & Garden Bug Killer is designed to kill crawling, flying, and garden insects. Its gentle formula will not harm your house or garden plants. Use Raid House & Garden Bug Killer around carpets, draperies, no-wax floors, house plants, and garden plants. Use on ornamental garden plants only, never on edible crops. Spray when air is still and temperature is not above 90-Degree F. Spray with slow sweeping motion 36-Inch from all plants. Avoid wetting-a light spray kills pests effectively. Spray in short bursts. Repeat application from time to time as long as insects are present. Use with caution on tender foliage, young plants, and new growth. 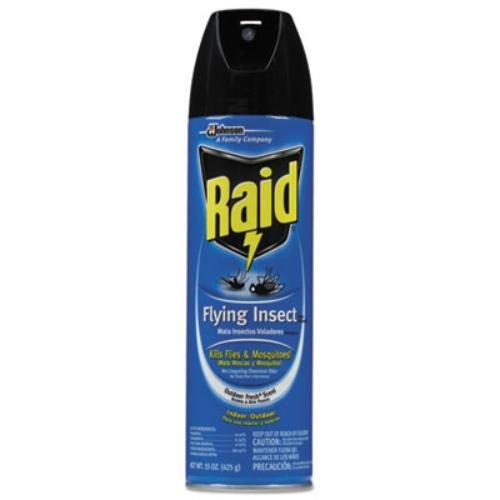 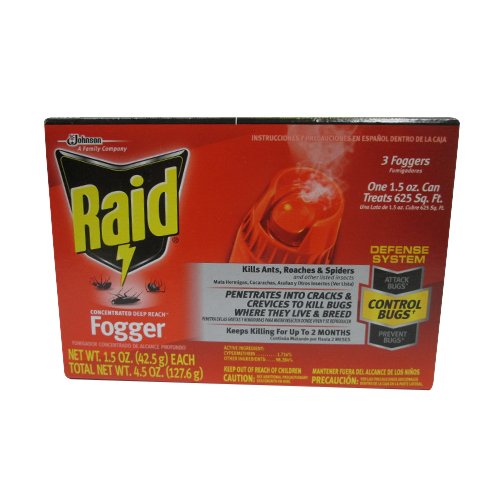 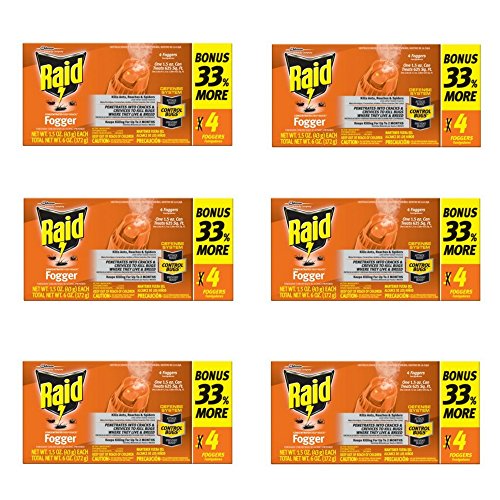 Raid Concentrated Deep Reach Fogger kills bugs where they hide and keeps killing with residual action for up to two months. Treat an entire room (25'x25' with an 8' ceiling) with the penetrating bug-killing fog that reaches deep into hard-to-reach areas, cracks and crevices. 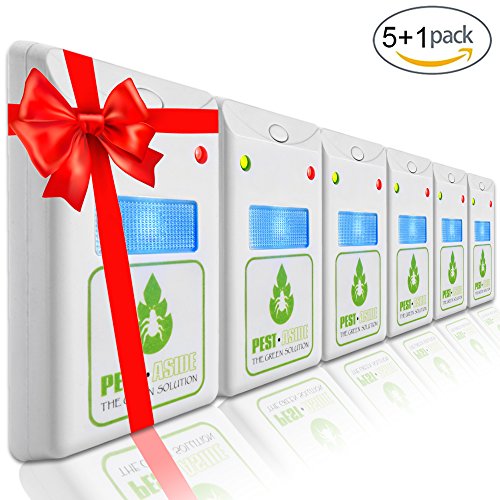 Pest Aside Repeller is the Top Choice for Safe & Eco-Friendly Pest Control Looking for an inexpensive, continuous and effective solution to rid your home of pests? Want to reduce the use of hazardous chemicals in your house? Would you rather not have to clean up dead insects and rodents from traps? Pest Aside Repellent uses revolutionary technology, producing an innovative breakthrough in rodent control. It uses fluctuating high-frequency sound waves to keep your home free of annoying and gross pests. Features: Designed with ultrasonic technology Repels spiders, cockroaches, mice, ants and other insects Simply plug in to work immediately Included LED night light, power indicator and working indicator light Total coverage protection - effective up to 3,900 Sq. Ft. Recommended to use one device per room where pest control is needed Low power consumption, suitable for long life operation Safe for children and pets Buy Now While Stock Lasts and be Protected with Pest Aside sonic repellant’s Customer Satisfaction Guarantee! 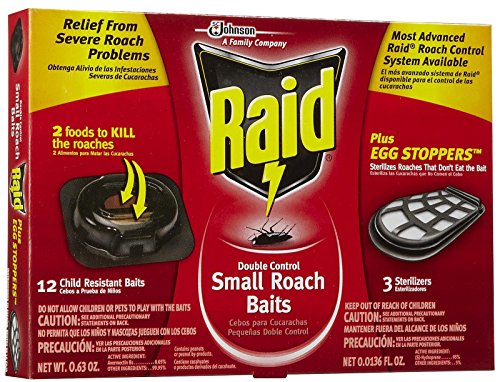 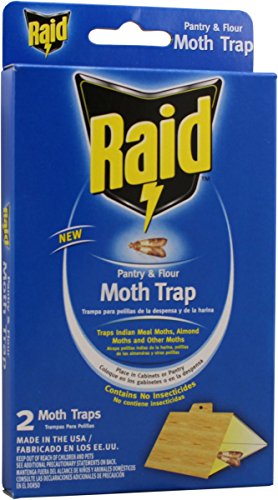 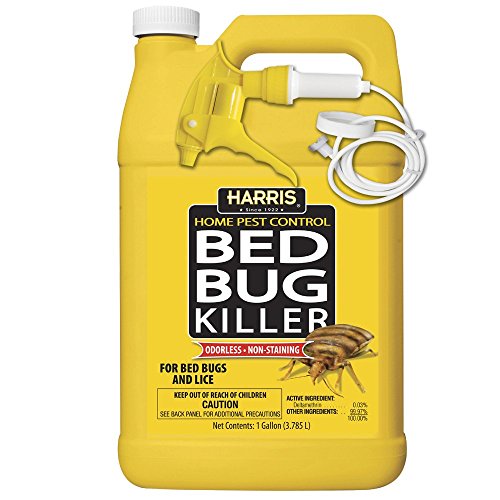 Harris Bed Bug Killer Gallon Spray uses an odorless and non-staining formula continues to kill after the spray has been applied. This item is registered with the EPA (No. 3-11) and is approved for indoor use in apartments and residences. Additionally, it features an extended trigger sprayer for easy application. The gallon is an excellent value, allowing for repeated applications on an ongoing basis to effectively eliminate bed bugs. The spray is great to use in combination with a bed bug fogger, bed bug traps, bed bug interceptors, bed bug powder, bed bug bombs and bed bug mattress encasement covers to eliminate these bugs from your home. 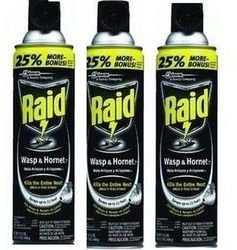 Raid? Wasp and hornet killer allows to attack from a distance by dispatching the entire nest along with hornets, mud daubers, wasps, yellow jackets and can be used for outdoors only. Raid? Wasp and hornet killer can be sprayed in early morning/evening when the insect activity is minimal and until nest is thoroughly saturated. Insect killer comes in a container of 14 oz and is electrically non-conducting up to 32,500 volts.

Redback spiders can be a nightmare. They are close cousins to Black Widows and love to live in warm secluded areas. A Redback spider was leaving a web at a control box. I can see Redback spiderlings so I needed to act fast. Looking under this box with my iPhone I could see it was the perfect spid...

Raid® How to Beat Bed Bugs

Battle bed bugs with a combination of products like sprays as well as non-chemical tips as part of the Raid® Defense System. For more expert advice, check out raidkillsbugs.com/system-creator

SC Johnson, maker of the world's #1 pest control spray, Raid, has launched a unique, game-based campaign for Raid One Shot Flying and Crawling insect sprays. The integrated campaign created by UrsaClemenger kicks off with a 30-second TVC featuring three different householders in a game-styled m...