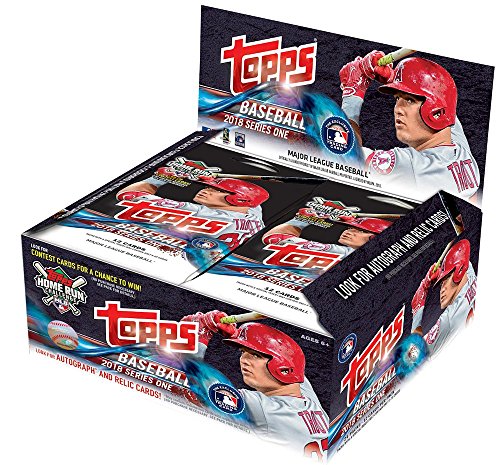 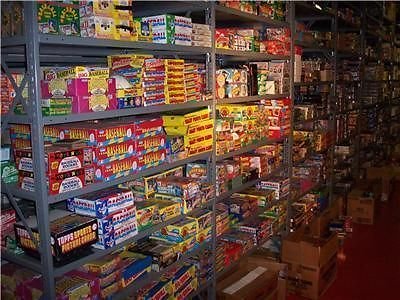 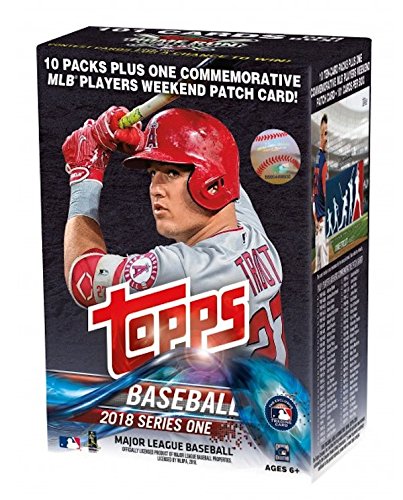 The 2018 season will officially arrive with the launch of Series 1! Look for all-new inserts, autographs and relics with additional parallels throughout this iconic release. 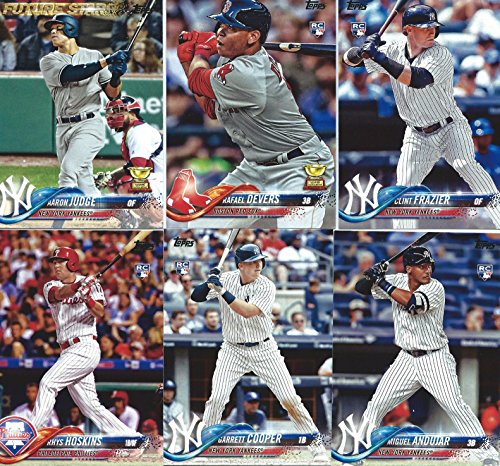 This is the 2018 Topps Baseball Series #1 complete mint hand collated 350 card set. Loaded with your favorite stars including Aaron Judge, Mike Trout, Clayton Kershaw, Manny Machado, Yasiel Puig, Cody Bellinger, Miguel Cabrera, Alex Bregman, Ichiro, Buster Posey, Stephen Strasburg and many others! Tons of key Rookie, Future Stars and All Star Rookie cards including Christian Arroyo, Trey Mancini, Aaron Judge, Cody Bellinger, Alex Bregman and more! One of the more original full bleed designs Topps has had in a while, but still features popular traditional subsets including League Leaders, World Series Highlights and Team cards among others. PLEASE NOTE: This is the series #1 set that was just released, Series #2 (#351-700) sets will be out in late May. Topps Factory Sealed Sets (#1-700) will be out in July (All-Star version, Retail Version) and August (Hobby version), Traded Update and Highlights sets will be released in November. 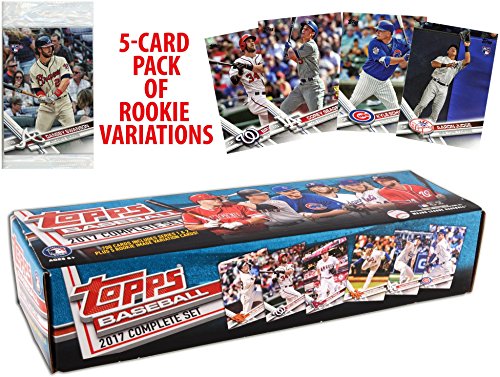 This 2017 Topps baseball Retail Edition factory set is a must have for collectors and fans every year. The set includes every base card from both Topps Baseball Series 1 and Series 2 - 700 total cards and found exclusively in Retail sets is a five-card pack of rookie variation cards. The set contains rookie cards of top MLB rookies such as Yoan Moncada, Alex Bregman, Dansby Swanson, Andrew Benintendi, David Dahl, Aaron Judge, Tyler Austin, Orlando Arcia, Alex Reyes, Tyler Glasnow. A great addition to any MLB or trading card collection. memorabilia. memorabilia

Complete Series 1 and 2 Set Plus 5 Bonus Cards Exclusive To The Factory Set, so this unit includes ALL the based rookie cards from the beginning and middle of th 2017 MLB Baseball season! This is the #1 selling baseball card product every year! Great gift idea for collectors of all ages! 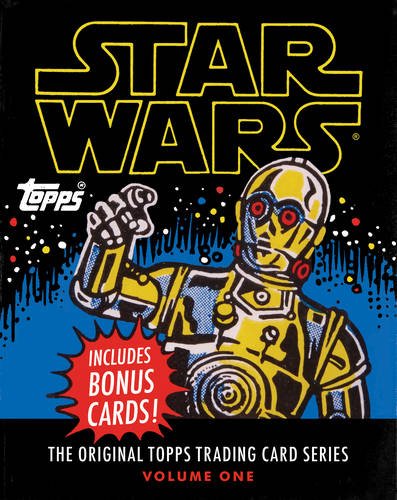 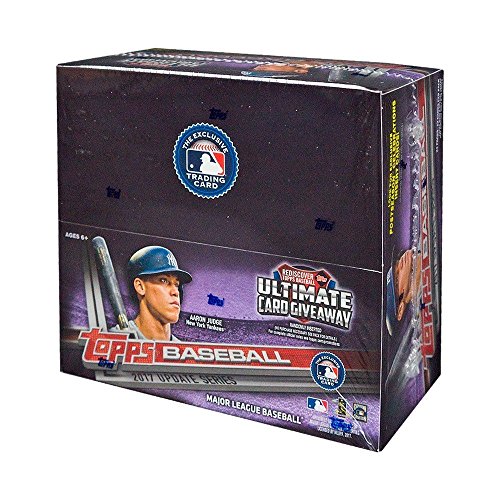 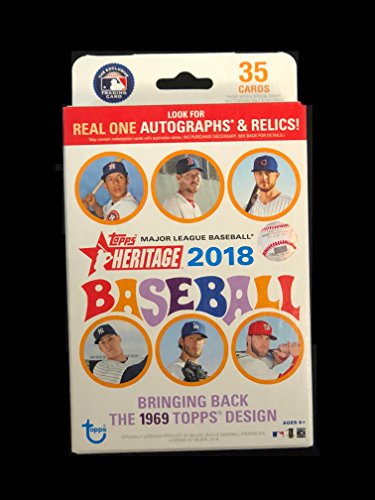 Wowzzer! We are Very Proud to offer this Amazing Special HUGE 2017 Topps MLB Baseball EXCLUSIVE Complete Factory Sealed ALL-STAR GAME Factory Set! This HUGE Limited Edition Factory Sealed Factory Set includes a Total of 705 Cards in MINT Condition! You Get all 700 Cards from BOTH Series 1 & Series 2 of 2017 Topps Baseball PLUS an EXCLUSIVE Special 5 Card BONUS ALL STAR GAME Set with Cards of Mike Trout, Kris Bryant, Bryce Harper,Buster Posey and Clayton Kershaw! These Card can ONLY Be Found in this Set! PLUS every Single Card in this Set has an MLB All-Star Game Silver Stamp on it! These Special SILVER STAMP Cards can NOT be found anywhere else and are very Limited! Topps only made a small amount of these special Factory Sets to sell at the 2017 All-STAR Game in Miami, Florida and they all Sold RIGHT OUT!  These SILVER STAMPED All-Star Game cards are Probably 100 TIMES(100X) Rarer than the regular 2017 Topps Cards! You can ONLY Find these Special SLVER STAMPED Cards in this Rare Limited Edition Factory Set! All the Other 2017 Topps Cards out there do NOT have this Special Silver Stamp on them!This Complete Factory Set is Absolutely Loaded with all your Favorite MLB Superstars including Bryce Harper, Kris Bryant, Mike Trout, Corey Seager, Gary Sanchez, Albert Pujols, Buster Posey...

T-SHIRTS! ► http://softballcrew.com MY INSTAGRAM ► http://instagram.com/bobbycrosby Please LIKE this video and COMMENT to let me know what you think of it! And SHARE it with your friends! Thank you! In this first episode, I open a jumbo hobby box of 2017 Topps Baseball Series 1 cards and pull s...

MERCH! ► http://softballcrew.com MY INSTAGRAM ► http://instagram.com/bobbycrosby Please LIKE this video and COMMENT to let me know what you think of it! And SHARE it with your friends! Thank you! In this first episode, I open a few boxes of 2018 Topps Series 1! To request a card that you want,...

2018 Topps was released today and I picked up a box to open up and show all of you! Check out all the cards I pulled. Please subscribe!