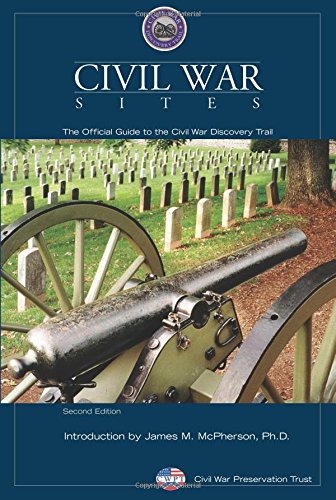 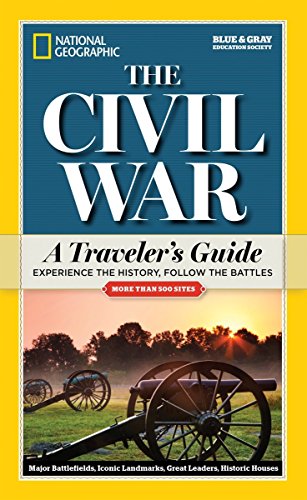 Perfect for tour planning and on-the-ground use, this guide will prove indispensable on any expedition to explore Civil War history in America. Packed with color photographs, more than 600 historic battlefield and additional Civil War related sites, walking tours, 50 detailed maps, and the collective expertise of Civil War historians and dozens of park service experts, this handy, practical guide offers comprehensive information on the more than 384 sites recognized by the National Park Service as official battlefield locations, including the main Battlefield Sites, from Manassas to Appomattox Court House. In addition, this guide steers travelers to scores of additional little-seen and off-the-beaten path sites near the main battlefields. This guide helps travelers experience the Civil War chronologically, by location, or by campaign, experiencing the battles and skirmishes as the soldiers themselves would have encountered them: Follow Lee's march to Gettysburg or drive the Secession Trail through South Carolina. Walking tours provide visitors with detailed instructions, short histories, and a map so they can get out of the car and explore on foot. A history of individual parks is included, as well as books for further reading about specific figures or battles. A list of all of t... 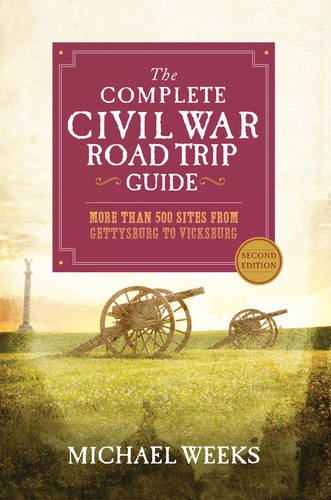 The definitive guidebook for Civil War tourists, from the novice historian to the die-hard buff For those who can’t resist trying to see it all, this indispensable book contains information on and reviews of almost 450 historical sites across the United States related to the Civil War, including all 384 of the principal battlefields listed by the Civil War Sites Advisory Commission. Every entry includes an in-depth overview of the history of the battle and its importance to the war, the must-see places at each site, as well as lodging and other travel information. Outlining ten suggested itineraries for short road trips that cover every major battle of the war, The Complete Civil War Road Trip Guide enables historical travelers of any level to experience the Civil War as no other book has done. 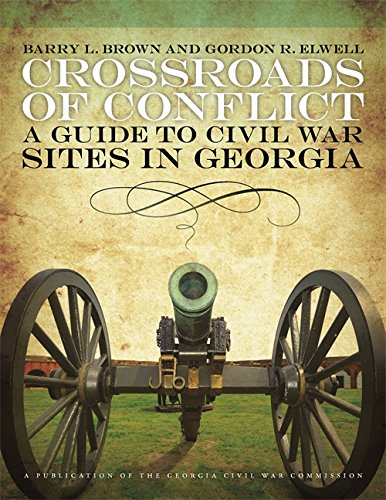 Crossroads of Conflict: A Guide to Civil War Sites in Georgia

Crossroads of Conflict: A Guide to Civil War Sites in Georgia

The impact of the Civil War on Georgia was greater than any other event in the state’s history. Approximately eleven thousand Georgians were killed and the state suffered more than one hundred thousand in total casualties. Georgia was extremely influential in this nation’s most tragic conflict, and the war touched every corner of the state.Based on a comprehensive survey of sites identified by the Georgia Civil War Commission in 2000, Crossroads of Conflict covers 350 historic sites in detail, bringing the experience of the war to life. Written by Georgia Civil War Commission staff members Barry L. Brown and Gordon R. Elwell, this full-color edition of Crossroads of Conflict is an updated and significantly expanded version of the guide released by the state of Georgia in 1994.Crossroads of Conflict is arranged geographically, separating the state into nine distinct regions. Beginning in northeast Georgia, sites are followed west to east, north to south. Detailed maps of each region are supplemented by inset maps of urban areas. For each site, the guide provides a detailed history, driving directions, online resources, and GPS coordinates.Color photographs and period images document the locations, which include battlefields (major and minor), POW camps, hospitals, houses, buil... 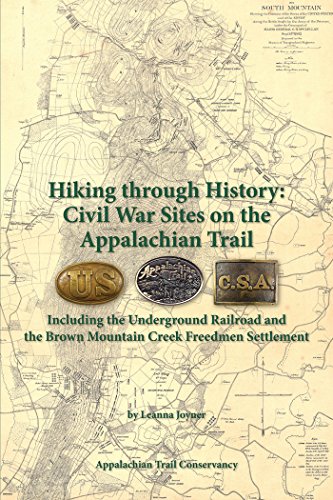 Hiking Through History: Civil War Sites on the Appalachian Trail

Hiking Through History: Civil War Sites on the Appalachian Trail

2015 Book of the Year (Adventure & Recreation), Foreword Reviews A walk through a substantial slice of the history embedded in the Appalachian Trail corridor from Underground Railroad sites and W.E.B. Du Bois birthplace in New England to the Union occupation of present-day Hot Springs, N.C. Each site has a full-color map for a quick hike, and most have current and contemporary photographs. Extensively researched on foot and in library by a thru-hiker and now Appalachian Trail Conservancy trail-management staff member. In the mid-19th century, the route that became the Appalachian Trail was closer to the gates of Hell than the legendary birds-chirping, leaves-rustling footpath to relaxation, inner calm, and contemplation it is now known for. From northwestern North Carolina to the roads to Antietam and Gettysburg, it was a place for skirmishes with Confederate guerrilla forces and all-out battles between North and South. Two future presidents fought together in two of those battles. One of those Union officers was assassinated 39 years to the day after a pre-Antietam battle at Fox Gap in Maryland. Hundreds died on these lands, and hundreds more were wounded or sickened. In the decades before the war, the route clearly was one path north toward freedom for escaped slaves and a rout... 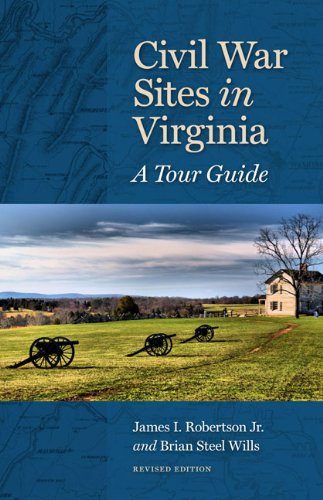 Since 1982, the renowned Civil War historian James I. "Bud" Robertson’s Civil War Sites in Virginia: A Tour Guide has enlightened and informed Civil War enthusiasts and scholars alike. The book expertly explores the commonwealth’s Civil War sites for those hoping to gain greater insight and understanding of the conflict. But in the years since the book’s original publication, accessibility to many sites and the interpretive material available have improved dramatically. In addition, new historical markers have been erected, and new historically significant sites have been developed, while other sites have been lost to modern development or other encroachments. The historian Brian Steel Wills offers here a revised and updated edition that retains the core of the original guide, with its rich and insightful prose, but that takes these major changes into account, introducing especially the benefits of expanded interpretation and of improved accessibility. The guide incorporates new information on the lives of a broad spectrum of soldiers and citizens while revisiting scenes associated with the era’s most famous personalities. New maps and a list of specialized tour suggestions assist in planning visits to sites, while three dozen illustrations, from nineteenth-century drawin... 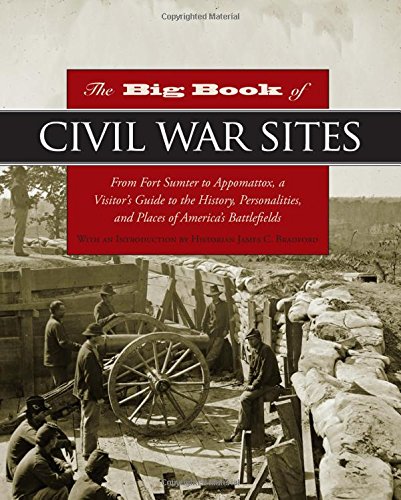 The Big Book of Civil War Sites: From Fort Sumter to Appomattox, a Visitor's Guide to the History, Personalities, and Places of America's Battlefields

The Big Book of Civil War Sites: From Fort Sumter to Appomattox, a Visitor's Guide to the History, Personalities, and Places of America's Battlefields

The Big Book of Civil War Sites is the consummate travel reference for America’s Civil War battlefields. Whether exploring the Southern states or the Eastern theater, history-focused travelers and Civil War buffs finally have ready access to in-depth and thorough listings of all major sites, including historical background information, travel options, museums, and events. 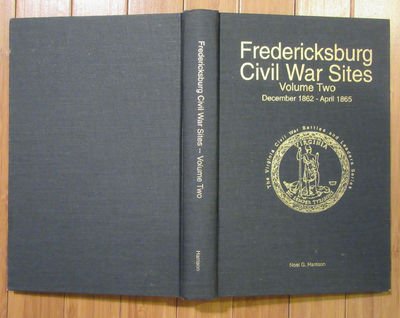 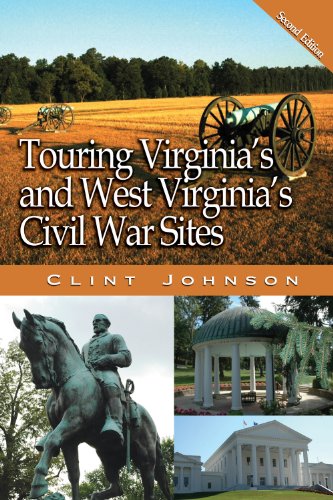 In the minds of many people, Virginia is the Civil War, it is the state most closely associated with Conferderate luminaries Lee, Jackson, Stuart, and Mosby and Union leaders Grant, Sheridan, Burnside, McClellan, and Pope. But when Virginia's general assembly voted the state out of the Union, citizens west of the Shenandoah Valley voted themselves out of Virginia, creating the Union state of West Virginia. Touring Virginia's and West Virginia's Civil War Sites covers all the significant sites in both states.The 17 tours visit large and small battlefields, cemetaries, monuments and statues, rivers, and mountains, while sharing the histories behind each location, some surprising and obscure. This latest edition includes updated directions, new photographs for each site, and several new sites--including the Museum of the Civil War Soldier in Petersburg, the American Center for the Civil War in Richmond, and the grave of the designer of the Confederate battle flag, William Porcher Miles, in Union, West Virginia. 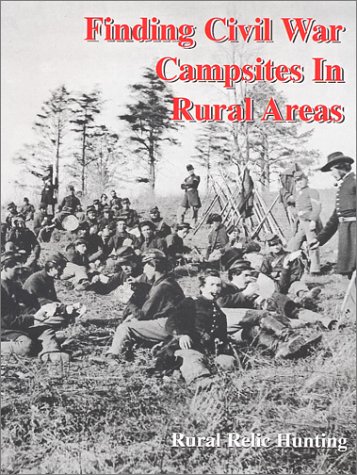 This easy to read manual represents the combined 40-year experience of three avid Civil War relic hunters. The manual discusses sources of information which can be used by the relic hunter to find old roads and thereby campsites. Included is an extensive list if internet sources as well as more traditional sources of information. This book is an essential manual for the serious relic hunter and a great aid for the Civil War historian in finding locations. Softcover, 48pp.

Watch the full battlefield tour at http://cs.pn/IqAdf6. The Civil War Battle of Shiloh took place April 6th and 7th, 1862, in Hardin County, Tennessee, and resulted in a Union victory over Confederate forces. Nearly 110,000 troops took part in the fighting, which produced almost 24,000 casual...

Dedicated the Civil War photographers....mainly Mathew Brady who financed out of his on pocket a team of photographers including himself to photograph the war. Unfortunately after four years of a very bloody conflict, no one cared to see pictures of it and he died penniless. He had spent over $10...

Metal Detecting Finds Lost Civil War Relics In The Woods. What We Found May Leave You Speechless.

On this episode of Depths of History, we travel into the woods to locate a Civil War battle site that was found by researching old maps. What we found at the site was incredible and may leave you speechless! Please Subscribe for more content of Treasure Hunting and Metal Detecting History! Dept...