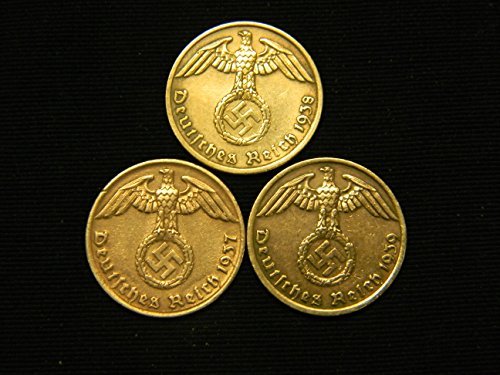 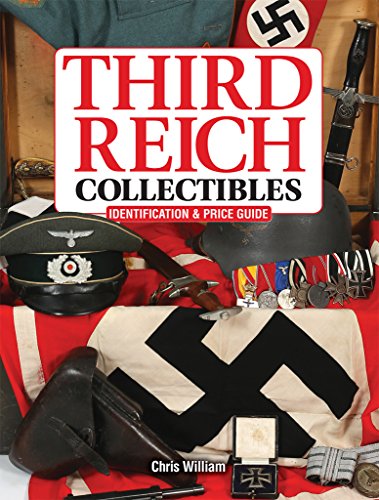 The rise and fall of Germany's Third Reich is one of the most studied, investigated and collected episodes of military history. A reign of terror that rose to near world domination during the 1930s and early 1940s, Adolph Hitler's Germany continues to fascinate generations of scholars and students of history alike.The Third Reich's insatiable drumbeat of pageantry and propaganda produced countless uniforms, insignia, medals, flags, daggers, swords, and headgear, comprising one of the most desired categories in all of military collectibles to study, understand and own.Groundbreaking in scope and execution, Third Reich Collectibles features more than 1,300 color images with descriptions and values for:UniformsHelmetsHeadgearFlagsBadgesMembership pinsPatchesArmbandsFirearmsBladesEquipmentPaper IDsSignageAnd more associated with the military and paramilitary groups of the Third ReichThroughout the book you'll also find historical background information and period photographs capturing everyday Nazi Germany. 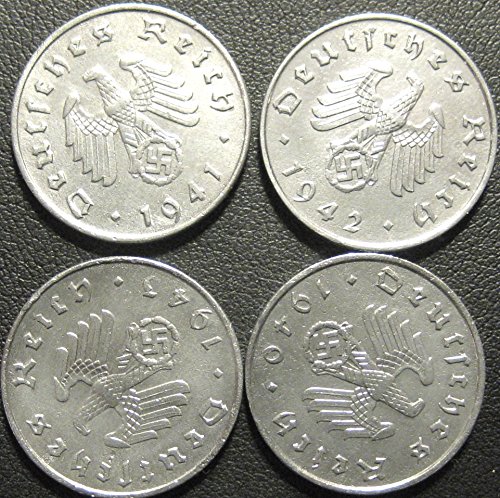 These Coins are minted in Zinc. With the onset of World War 2, Germany ceased minting Coins in precious metals. Many European Countries also ceased using precious metals in coins. They include but not limited to Belgium, Netherlands, Czechoslovakia, France, Denmark, Serbia, Yugoslavia and others. 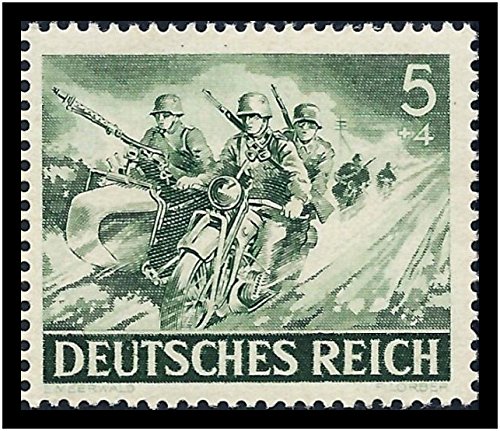 THIS STAMP REMAINS IN MINT NEVER HINGED FULLY GUMMED CONDITION! IT IS FLAWLESS! Germany's fast and furious invasion of Poland and other neighboring countries was termed the "Blitzkrieg" (lightning war aka "shock and awe") which completely caught its enemies off guard. On the ground, the advance Blitzkrieg units typically were fast-moving nimble motorcycle troops most of which were made by BMW! This guaranteed authentic original WW2 Nazi stamp honors those troops, showing them as they speed into enemy territory. Each motorcycle carries THREE soldier, one in front, one in back and one in a sidecar!! A remarkable WW2 stamp that remains in mint, unused and uncancelled condition! 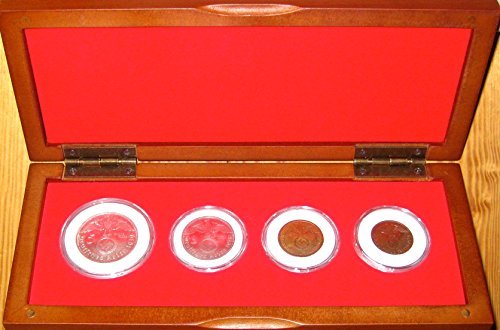 4 German Coin Set laid in a Cherry wood Display Case. The first 2 coins (from left to right) are the Silver 5 Reichsmark and the Silver 2 Reichsmark Coins. The next Coin is the Gold Colored 10 Reichspfennig. The final coin is a Bronze 2 Reichspfennig Coin. 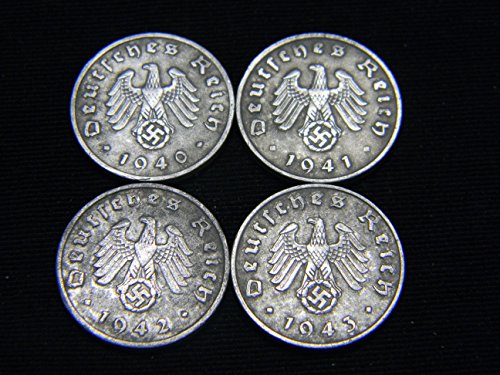 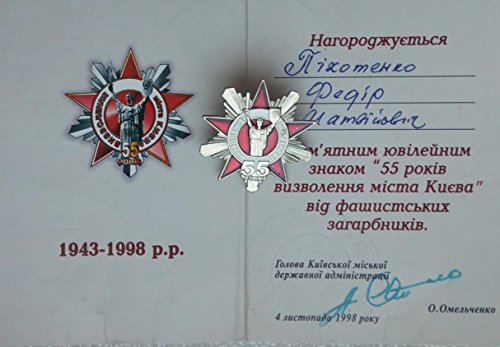 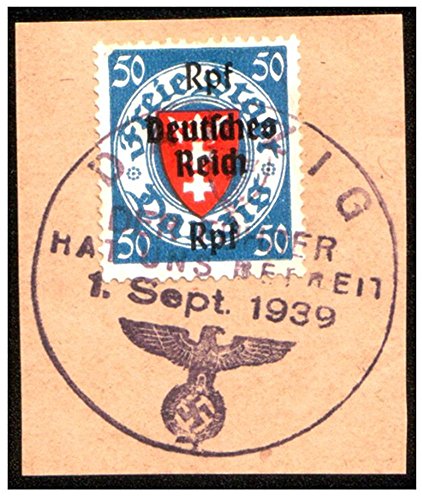 DANZIG DISCOVERY PIECE! Historic Treasures is pleased to offer this EXTREMELY RARE postal history find from Danzig! It is a pre-WW2 Free City of Danzig postage stamp on paper with an amazing postmark. The postmark is dated September 1, 1939, the day that Germany invaded Poland and the FIRST DAY OF WW2! Danzig was the very first city the Nazis seized. It offered little to no resistance because its population was largely of German origin and been part of East Prussia prior to Germany's defeat in WW1. Indeed, the postmark proclaims: "Der Fuehrer hat Uns Gefreit" (The Fuehrer has Freed Us). Danzig would remain under German control until Russia invaded Germany in 1945. Color and denomination may vary but stamp design and postmark are the same as shown in the scan. Danzig is now the Polish port city of Gdansk. But its dramatic WW2 history lives on in this impossible to duplicate discovery. 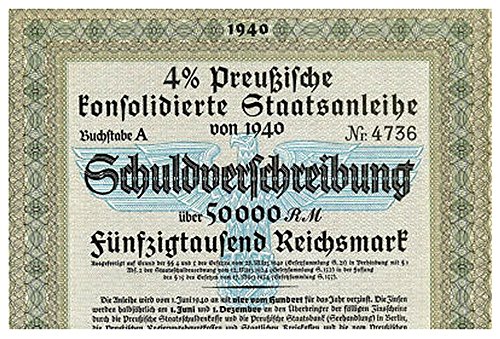 1940 - 50,000 Reichsmark Nazi Blue Eagle War Bond This rare and lovely piece is an enormous, (A4 sized 11 3/4" x 8 3/8") multi-color bond in the extraordinary denomination of 50,000 Reichsmark. This amount was practically unheard of for the time period as the average German officer pay was 1500 Reichsmark per year! It is exquisitely engraved in blue, lime green, brown, red and black with bold fancy Gothic script and 8 signatures. At the bottom left is the German Swastika ymbol attached to a Reich Eagle, all in red. Stunning watermarks cover the entire piece! Excellent detail with no folds.. The bond has one neat punch-hole cancellation. Printed by the Reich's Bureau of Printing and Engraving in Berlin. The money raised was used to fund the German war machine that was enveloping the world. This bond was issued at the height of Nazi Germany dominance in 1940 and this amount could have very easily been used to fund a Panzer or Tiger tank! This cherished piece of history from the dark days of the Third Reich in World War 2 Europe can now be yours! Collector Value $200. Buy Now for $29.95 and SAVE 85%!!! LIMITED TIME AMAZON SPECIAL! 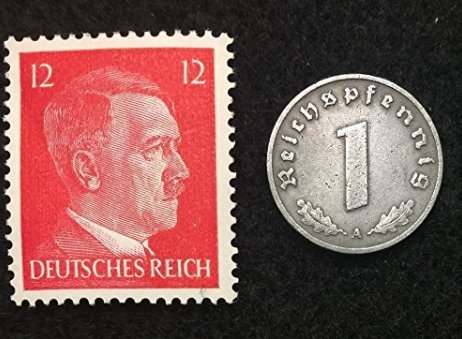 Nice set of genuine of genuine Nazi items. One coin and one stamp. Highly collectible German WW2 memorabilia. You man receive a different year coin than what is pictured.

Military Collectibles of The Third Reich with Reid Moseley

MILITARIA AND COLLECTABLES (3:55) with Reid Moseley Part 1. Countries around the world equip their military with uniforms and accessories that match functional requirements with design and style. Despite the negative connotations of the Third Reich, collectors and historians have a shared fa...

If you're a Memorabilia collector, or even better a German reenactors with a YouTube channel, you'll definitely understand where I'm coming from. Apologies for the waffling near the end. Like Mauser Rifles? Check Out my Fanpage on Facebook: https://www.facebook.com/pages/Mauser-Rifle/12906882720...

A WWII Veteran's Explanation of His Nazi Memorabilia

HELP US INTERVIEW COMBAT VETERANS FROM WWII EVERY SINGLE DAY BEFORE THEY ARE NO LONGER WITH US For donations please go here : https://heroesofthesecondworldwar.dntly.com/ OUR MISSION: On a mission to interview WWII heroes daily, to raise awareness of their enormous sacrifices, and to provide a ...